agead2.googlesyndication.com/pagead/js/adsbygoogle.js"> People shouldn't depend on insurance coverage to guard their cryptocurrency holdings - Laneshasays

Many individuals and companies have a certain cryptocurrency. According to a recent survey, nearly 10 percent of Americans have invested in cryptocurrency since the first bitcoin was "mined" in 2009. And along with the increasing spread of virtual currencies in recent years, there has been an increase in cryptocurrency theft, Ponzi's program is cheating cryptocurrency investors by $ 2.9 billion in 2019. Anyone who invests in, uses and holds cryptocurrency should protect their assets. While individuals can take out insurance to protect themselves when certain types of assets are destroyed or stolen, e.g. For example, a house, car, or personal property, individuals may have difficulty getting cover for their cryptocurrency.

Bitcoin is just a cryptocurrency based on the technology called blockchain. Other virtual currencies are Ethereum, Ripple, Litecoin, Monero and ZCash.

Homeowners insurance protects an insured person from the loss of certain items. For example, if a thief breaks into your house and steals your TV, that loss is likely to be a covered loss of property, according to a normal homeowner's guidelines. An overview of what homeowners insurance usually covers can be found here.

Is theft of cryptocurrency covered by homeowners insurance? 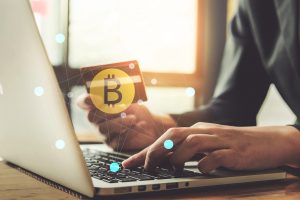 The Securities and Exchange Commission takes the view that cryptocurrency is, or at least can be, a "security" and warns that "issuers (virtual currencies) cannot circumvent federal securities laws simply by using their product as a cryptocurrency or digital token mark. "On the other hand, the IRS has released Notice 2014-21, which identifies cryptocurrency as" property "for federal income tax purposes. A third possibility is that cryptocurrency that can be used to buy goods and services is properly classified as money.

As shown above, the same word or virtual product can have different meanings depending on the context. Here we look at how cryptocurrency is interpreted as part of an insurance policy. There seems to be no reason why cryptocurrency has to be treated as the same by SEC, IRS and insurers. Therefore, the SEC or IRS pronouncements should be of limited help.

Not all homeowner policies are the same

Even if cryptocurrency is generally property, the insurance analysis doesn't end there, as not all properties are treated equally under a homeowner's policy. For example, personal property loss coverage often has a $ 200 sub-limit for "money, banknotes, gold bars, gold, and (other precious metals), coins, medals, banknotes, prepaid cards, and smart cards." Likewise, a homeowner's policy may have a sub-limit of $ 1,500 for "securities, accounts, certificates, letters of credit, banknotes other than banknotes". . . Tickets and stamps. "When considering these general sub-limits, is it more appropriate to apply the $ 200 limit for money or the $ 1,500 limit for securities? At least for some cryptocurrencies like Bitcoin, an analogy to money seems more appropriate, as Bitcoin is specifically an alternative to the traditional currency. Given that a person owns Bitcoin, security doesn't make sense. When you think of someone who owns a security, such as a stake in Acme Corp., comparisons with Bitcoin are thin .

In addition to the question of whether the cryptocurrency is generic property, money, or security, there is another fundamental issue to consider in a homeowner's policy. The insurance agreement in many homeowner policies states that personal property is insured against "direct physical loss of the described property", such as vandalism or theft. Since cryptocurrency is a virtual currency, there is nothing that can be physically lost or destroyed. What is lost or destroyed is the property record or the "key" to prove ownership of the currency. Cash can be burdened with fire – not for a currency that never physically exists. A policyholder would have a hard time explaining how the simple meaning of "direct physical loss" is met when the virtual currency is stolen.

Some warnings are required for this discussion. First, not all homeowner policies are the same. The terms of each policy apply. So a general discussion about homeowners policy is just that – general. For example, some guidelines treat money and securities equally, which could change or eliminate the need for the above analysis.

Second, individuals should not take too much comfort in deciding on cryptocurrency as a property under a homeowner's policy. In Kimmelman's decision against Wayne Insurance Group from an Ohio lawsuit, the court ruled that cryptocurrency is generic property and not money, and the policy's $ 200 sub-limit did not apply. It remains to be seen whether this decision is convincing in other courts, but there are reasons why this should not be the case. The Ohio court has not provided a detailed analysis of the problems, which limits its usefulness. For example, there is no discussion of whether the policy's applications should apply to electronic funds or securities. It is also the policy language that was designed in 1999, years before the invention of cryptocurrencies. Newer policy languages ​​may not be the same. Finally, the court relied heavily on the above-mentioned IRS guidelines that treat cryptocurrencies as property. However, these IRS guidelines also state that cryptocurrency is treated as property "for income tax purposes". While the IRS guidelines on taxation are convincing, these guidelines should not affect how insurance contracts should be interpreted.

The court was also convinced that Bitcoin is common property and not money, as it can be exchanged for money, i.e. H. It is a convertible virtual currency. However, this reasoning does not explain that different currency forms are constantly being converted into other currency types, e.g. Euros are converted into dollars. In fact, Bitcoin was originally conceived by Satoshi Nakkamoto in his white paper Bitcoin: A Peer-to-Peer E-Cash System as a currency that “resembles cash”. And sales outlets like the Wall Street Journal report the Bitcoin value under “currencies” with the euro, the US dollar, the Japanese yen etc., not under stocks, bonds or commodities. Nobody would argue that the yen is not money, but property that can be converted into US dollars.

It should also be noted that even if Ohio's decision was correct, the focus on Bitcoin does not necessarily apply to other cryptocurrency platforms that have purposes other than Bitcoin. For example, Ethereum was created for a purpose other than Bitcoin. While Ethereum has a value associated with its coins / tokens, its original and basic purpose was to provide a platform on which to develop new applications rather than simply replacing the traditional currency. (For an explanation of the different types of cryptocurrencies, see this tutorial (last updated January 2020).) Overall, I think Kimmelman's decision was wrong, or at least of limited convincing value that other courts shouldn't consider convincing.

What can individuals do?

The bottom line is that individuals shouldn't rely on their homeowners' policies to protect them from losing cryptocurrencies. In contrast, commercial companies can buy crime or cyber insurance policies that are largely unavailable to private individuals. What can individuals do? They need to take proactive measures to protect themselves instead of relying on someone to compensate them if their assets are lost or stolen.

For example, if a person uses "hot" storage for their Bitcoin, i.e. H. If the virtual currency is available online, the currency is vulnerable to theft through hacking or ransomware attacks. The owner could therefore consider having a commercial third party keep the virtual token or coin in their digital wallet for the person. This commercial entity can be insured under a crime or cyber policy. If the person uses "cold" storage, e.g. If you store the currency offline on a flash drive, the cold room is prone to physical destruction or old-fashioned theft. In this case, the person should protect the flash drive from theft and physical description by keeping it in a fire-proof safe. Frankly, these are precautions that individuals should take even if the risk of loss was covered by a homeowner policy. However, until full cyber currency coverage is available to individuals under a homeowner's policy, owners should take steps to protect their digital assets from bad actors and physical accidents.

Michael Menapace is a non-resident scientist at the Insurance Information Institute, partner with Wiggin and Dana LLP, and professor of insurance law at Quinnipiac University School of Law.

four methods to make your kitchen cozy for autumn

Arizona Claims Dealing with Pointers at a look

With this DIY Sporting Items Catch-All, the...

Maximize house in a small kitchen

9 ideas for making ready a wonderful...